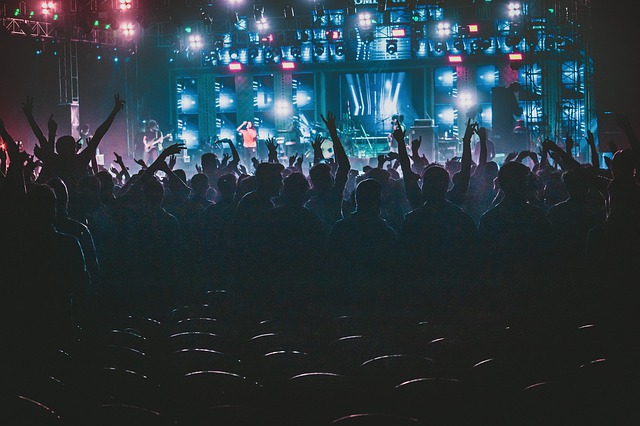 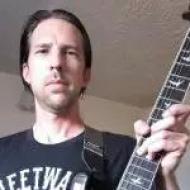 Musician “Elias Thunder” is currently preparing to record an album titled, "American Flag." A multi-instrumentalist since his late teens, his melodic and visceral music crosses genres from metal, to classical, to Americana, with thematic lyrics embodying American ideals of liberty and justice, spiritual principles like transformation, and our need for love and passion. Relating music to humanity he declares: "Music is harmony, harmony is unity, unity is powerful."
Influences such as Lindsey Stirling, Flaw, and Irfan, inspire Thunder in life and in music to be genuine and dynamic, and to savor soul-stirring harmony.
Previous discography includes piano EP, "Etherea," and indie-rock album, "Move This Mountain," available under his given name, Stephen Prins.

Artist Bio - Elias Thunder
Stephen's melodically rich and visceral music crosses diverse genres from classical, to metal, to Americana. His stage name, "Elias Thunder," is a reflection of his drive to call for greater collective unity, while valuing the individual, and shaking up societal complacency. Often writing thematic lyrics exploring American principles of liberty and justice, or spiritual principles of unity and transformation, many of his songs still brood in the deeply personal and human need to truly be known and loved and to give love. Curious, creative, and introspective by nature, he became a multi-instrumentalist and composer in his late teens. While composing piano solos in his early 20's, he wrote and recorded nearly all the parts for the songs on his solo rock album, "Move This Mountain." In 2018, he learned Sibelius software to notate his classical compositions, leading to the release of three of his early piano solos on the EP "Etherea." Both of these albums are available on iTunes and other platforms under his given name, Stephen Prins. He has performed for various fundraisers, most recently at the "Inalienable Rights" mini-fest in Boise, Idaho. Thunder composes music for guitar, bass, ukulele, cello/strings, harp, piano, Rav Vast drum, Native American flute, and more. He is currently seeking bandmates and collaborators for new recordings and video production.
Thunder's musical influences are diverse, including provocative rock bands Alice in Chains, Flaw, and Rage Against the Machine, dazzling female artist Lindsey Stirling, and the exotic international music of groups like Vas and Irfan. He respects the boldness and purposeful lyrics of Rage Against the Machine. He admires the uniqueness and positive vibe of Lindsey's dance-able dubstep with its soaring violin melodies. Musicians like these inspire Stephen to be true to who he is, to continually expand his horizons, to value each individual person, and to savor the art of layering melodies into soul-stirring harmony.
Recently, in honor of Veteran's day, Thunder played his first public performance of his song, "Come One, Come All." This energetic song is a call for people of all backgrounds to come together, to raise their voices in a united front for principles which uphold our liberty, respect our equality, and promote our prosperity. In the song, "Nobody's Property," (initially inspired by his love for his daughters), he shouts the message to all women that their well-being and rights and individuality are important, that they are not the property of men or of institutions. In his rock-love song, "Man and Woman," he portrays our human need for affection and the concept of a couple's spiritual transcendence with vivid metaphors, expressive vocals, and sensual melodies.
Thunder's current works are as diverse and purposeful as his earlier endeavors. He has completed an album-length set of rock/Americana songs he hopes to record on an album titled, "American Flag." This song-set aims to inspire self-reflection, individual worth, civil harmony, respect for women, and devotion between romantic couples. Another of his current works is a classical, cello-based composition for small ensemble titled, "I Sofia Tis Armonias," which means, "the wisdom of harmony." A strictly instrumental piece, it is titled as a reminder of the fundamental truth that harmony requires the presence of at least two compatible melodies; this principle is woven through four separate movements representing different emotional aspects of our relationships in life, with an emphasis on the search for the "soul-mate." Elias Thunder also enjoys music oriented toward tribal-indigenous cultures, music he views as echoes of our roots not only in ancient culture, but in the rhythms of the Earth. Relating music to humanity he declares: "Music is harmony, harmony is unity, unity is powerful."