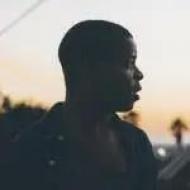 Jared Jenkins is a young, multi-faceted legend in the making. His first introduction to music was in his home church in Washington, D.C. There he sang his first notes and danced his first steps, all of which played a vital role in shaping him into the dedicated artist he became. Today, Jared embodies that dedication in his vibrant sound - a sound gloriously refined by a reverence for 2000s Pop & R&B. His vocal arrangements and production style show the clear influence of the hit makers that dominated the airwaves during that decade. A graduate of Berklee College of Music, Jared's unique sound has already been applauded around the world. On Youtube, his creations have amassed more than 28 million views and he has been integral in crafting the sound for RCA recording artists, Next Town Down. Jared recently debuted his highly anticipated first EP, "The Novice", now available on all streaming platforms.