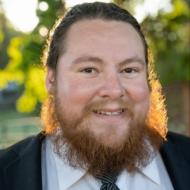 Joseph Carrillo is an American singer-songwriter and actor how has made a sensation online and on the pop charts. Joseph burst into the scene in 2018 with his "Pop, A Cappella" studio album called "Ultimate Celebrity Blackout," which went viral on social media sites across the globe. The album's message is about preventing media Blackouts and censorship while promoting free-speech and free-press around the world. Joseph set out to prove that free speech should not be silenced.

Joseph is also famous for his acting and visual work. The artist released music videos that he starred in, including "Don't Black Me Out" and "Don't Need School to be a Celebrity. Joseph is currently uploading videos on his YouTube channel about various topics, such as singing and acting. All his videos are full of fun while also talking about serious issues.

Joseph most recently released "I'm A Celebrity Pop Single" on August 07, 2020. The song is about the thrills of being a celebrity. Joseph's music and style are influenced by Taylor Swift and Rebecca Black. Most of his work is influenced by the glitz and glamour of celebrity lives.

Joseph's plan for the future is to keep performing and promoting himself. He hopes to be the most famous celebrity in the world.

For more information about Joseph Carrillo, please visit the links below.